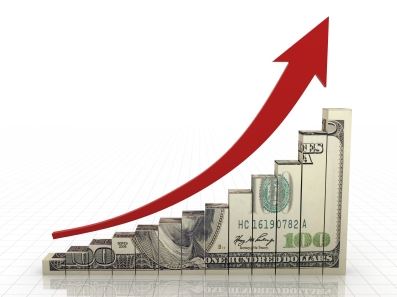 You’re a member of an Association which has a $200,000 roof replacement, a $20,000 swimming pool overhaul, a $35,000 recreation building remodel and numerous other common area expenses that are expected to be incurred in the next 10-20 years. You as a member utilize these common areas everyday and happily live the life of a condominium owner. This has worked out great for you and your neighboring community members. Life is good and you truly believe that this is the way to live, by splitting the cost between everyone, you are all able to be provided the luxuries that would be much too costly on your own.

Moving forward 15 years, there have been the everyday politics in the community and gossip circulates every board meeting. But this time there is a more serious issue that arises. The roof that you have utilized over the past 15 years is now showing serious signs of wear and is even beginning to leak in a few areas; it is time for replacement. This roof has provided comfort from the rain, snow, wind and hot summer sun and Association members depend on it 24 hours a day 365 days a year.

The Association Treasurer takes the podium and lets everyone know that the reserve account currently has $75,000 in it and that there will be no choice but to impose a special assessment. He says that to be fair the assessment will be equally split; $3,500 per unit and this will need to be paid within the month so that the roof can be replaced while the weather is good. A special Assessment? You don’t understand how this could have happened, dues have been paid monthly, where is the money...

It quickly becomes apparent, to you and the board, that this problem is not going to be as simple as assigning each unit a special assessment. You just hope it can all be figured out before the rain begins to trickle in.

Unfortunately this is not an uncommon scenario; we see it on a daily basis. Many of the aging common interest communities are just beginning to see some of the major expense items that Association members will incur. It can be very easy to put off adequately saving for a roof replacement which is 15 years away. The truth is that someone will have to, eventually, Pay the Piper.

The easiest way to prevent the above situation is to adequately plan for such a common area component failure and replacement. A Reserve Study would have been an excellent tool from which this Association could have created and followed a funding model that caters to their specific needs. The above storyline highlights some of the benefits this Association would have seen from having a Reserve Study completed.

Associations young and old can all benefit from a reserve study.

Newer communities will be in a more advantageous position as they will be able to benefit from time; large common area projects are likely in the distance future which allows plenty of time to adequately reserve for them. Dues can be raised modestly over time versus a large special assessment later.

Older communities will be provided a clear report on the current situation of the reserve level and they will be able to plan for future expected failures/repairs. If assessments are to be incurred they can often be minimized with adequately forethought.